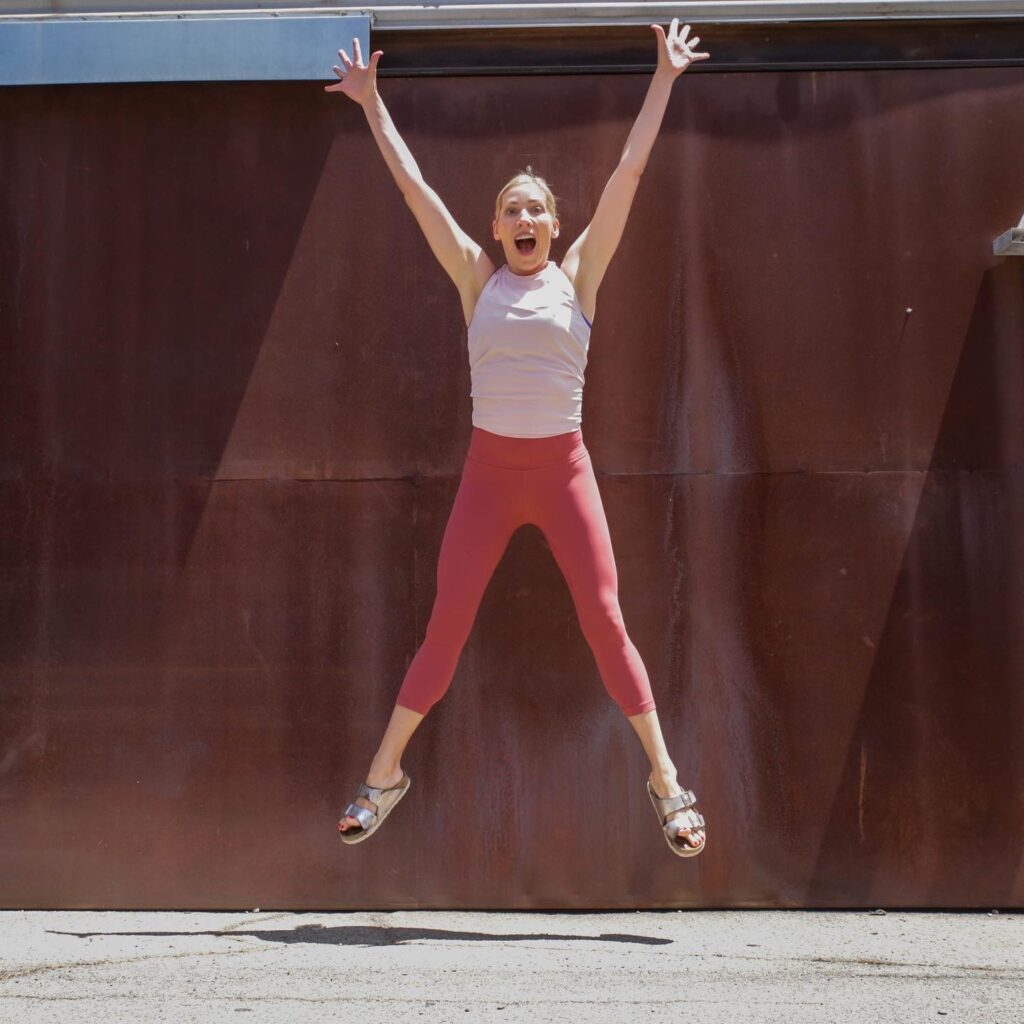 Not Sober, No Longer A Drinker. Where I Am Today. Free!

It’s May, 2022 and I’ve now been mostly without alcohol for nearly a year and a half! I’m not sober, but I’m not a drinker anymore. I’m free.

Reading back over those last couple posts, I hear a woman in the first justifying daily drinking. The second, coming to terms with the fact that things needed to change but not wanting to commit to any decision.

What I’ve found is every part of my life has improved since I’ve cut booze from my daily life. After reading The Naked Mind I dove into Quit Like A Woman, The Radical Choice To Not Drink In A Culture Obsessed With Alcohol by Holly Whitaker and even though I didn’t like the tone of that book either, it further changed how I view alcohol. Less the elixir of life and vitality – more the robber of energy and health. 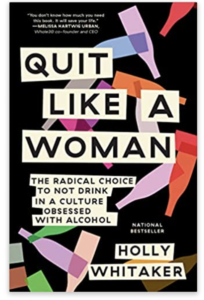 The media messages we are bombarded with constantly instill the message that you can’t have any fun or live well without booze. Think of any TV show, podcast, movie you watch, every character is dripping in booze. From the Real Housewives to the glamor of alcohol in Mad Men – even to kids’ movies like Encanto. In one of the songs the abuela sings how strong her drinks are at the fiesta – as a good thing.

Those housewives are always drinking. I don’t know how they do it!

I loved this show so much but whoa, did it glamorize alcoholism!

People on our screens can’t get through any stressful, celebratory, even mundane situation without a cocktail. It seeps into our collective psyches that that’s what humans do. Alcohol is so normalized – even in binge amounts – that it’s what we must do when feeling pretty much anything.

Your employees are giving you trouble? Pour a stiff drink to deal. The kids are being loud? Where is my wine? Someone dies? Make it a double. Bored? Let’s get drinks! Drink when you’re happy and sad. Drink anytime and every time.

And women drink too much. They are the fastest growing number of binge drinkers in the world. It’s so socially acceptable to drink heavily that if you don’t, you’re the one seen as having a problem. It doesn’t make sense!

My marriage has gotten much better without alcohol. Every nasty fight I’ve ever gotten into with Alan has been fueled by alcohol. I’m not saying we don’t fight anymore but the meanness, going for the jugular is gone. We can have heated discussions but they are calmer, more rational and actually get resolved faster in a WAY less destructive manner.

I’m more patient and present with my kids. I wanted to model better behavior for them. I didn’t want to teach my children that alcohol is a part of daily life for all adults. One day in 2020, I was making dinner, Pippa was setting the table and said “Mommy, should I get your wine?” and it just stopped me in my tracks. I don’t want my daughter growing up with a mother who drinks every day or so often that she knows to get mommy her wine.

I’m stronger and fitter now. I didn’t realize the toll alcohol was taking on my physical body- that layer of belly fat that would never go away. Wine belly. 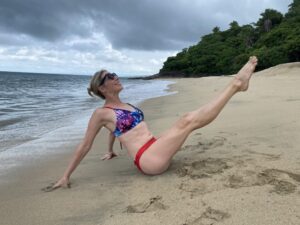 I started noticing some women I admired who were uber productive, doing great work, leading awesome companies, putting out great writing, becoming leaders in their fields. When I dug a little deeper, often the common denominator was they didn’t drink. Lifetime teetotalers, J.Lo, Blake Lively, Kim Kardashian – ok I wouldn’t necessarily say she’s putting out great work but she’s doing a lot right! And those who have stopped to lead better, more productive lives like Glennon Doyle, Kate Moss – even Brad Pitt!

Then I saw some women in my circle who have quietly stopped drinking to soaring results in both their professional work and overall happiness – like everything clicked for them. I wanted in on that club – the healthy, energetic, youthful trailblazers no longer beholden to the sauce.

Something a bit on the superficial side influenced my decision to cut out booze too. One early morning in Mexico, December 2020, I got up and looked in the mirror and saw an old woman staring back at me. I was only 47 but I had dark circles under my eyes and a jaunt look and sallow complexion. I jumped back because I was in a very relaxed place physically and mentally. I was living in this gorgeous house with ocean views. I was working about five hours a week so not too much stress there. I was taking hikes and beach walks, ocean swims, doing yoga in open air palapa. Eating lots of fresh fruit and veggies from the farmer’s market. I was living my best life. Except I didn’t feel good and my face looked old!

Most days I woke up feeling groggy, would want to nap midday. I had this sneaking suspicion the chemicals I was putting in my body were to blame. The whopping dose of caffeine in the morning to wake my ass up and the stream of ethanol (the same flammable substance in your car’s gas tank is the same stuff in your wine) in the evenings was poisoning me and it showed on my face. 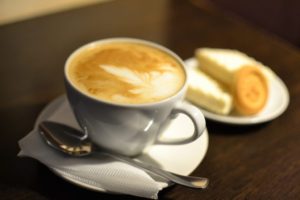 I know this because over the last year I’ve greatly reduced these two things and the results have been awesome. Not that I’ve turned into a super perky morning person but now I feel good in the mornings and my skin looks brighter, firmer, less haggard. I’m always up before 6, maybe 6:30 on the weekends. I’m rested. If you’re sleeping off booze from the night before your body begs for more sleep and I never got enough.

The caffeine was a harder cut for me. That one I didn’t tackle until I’d been booze free for months. I made the mistake of reading the book Why We Sleep by Matthew Walker. When you read about why sleep is vital for every part of our health especially brain health, well that triple shot latte won’t look quite so enticing. Every chronic disease can be staved off by proper sleep hygiene. We all (almost all. There are a very few humans who can do fine on less) need a good 8 hours of good, uninterrupted sleep a night. And guess what seriously interrupts REM sleep? Yep, it’d alcohol.

My mornings are more important to me now than drinking at night. They’re precious. I have too much I want to get done every day to waste time on not feeling my best. 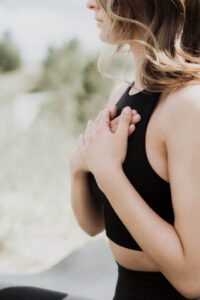 Where I am today is not sober, just no longer a drinker. I drink occasionally with the true sense of that word – on actual occasions. For instance, on a kid-free trip to Mexico with my husband, I had some margaritas and didn’t feel awesome in the morning but it was okay because we were on vacation. I had two glasses of champagne on New Years and felt pretty crappy the next day – not really worth it. I can tell you all the times I had drinks in the last year because it’s a short list of real occasions.

We’re at the tail end of the pandemic so I haven’t done much socializing beyond my family who are mostly non-drinkers. I’m being tested more as the weather gets warmer and I see people sitting in outdoor cafes on Abbot Kinney sipping Rose. That looks so nice.

Alcohol made socializing much easier for me as an introvert. I don’t like socializing in groups – I’m much better one on one. I can be awkward. But I’m realizing that’s okay. I’m awkward sometimes, deal with it! I’m married. I have a family. I have no need to go out on the town and party anymore. Those were my younger days when I was single and trying to find what I have now. At 49 years old, what I want is optimum health. I want energy, vitality and longevity. I want to live the best life I can in this body and alcohol just wasn’t serving me anymore. No pun intended! 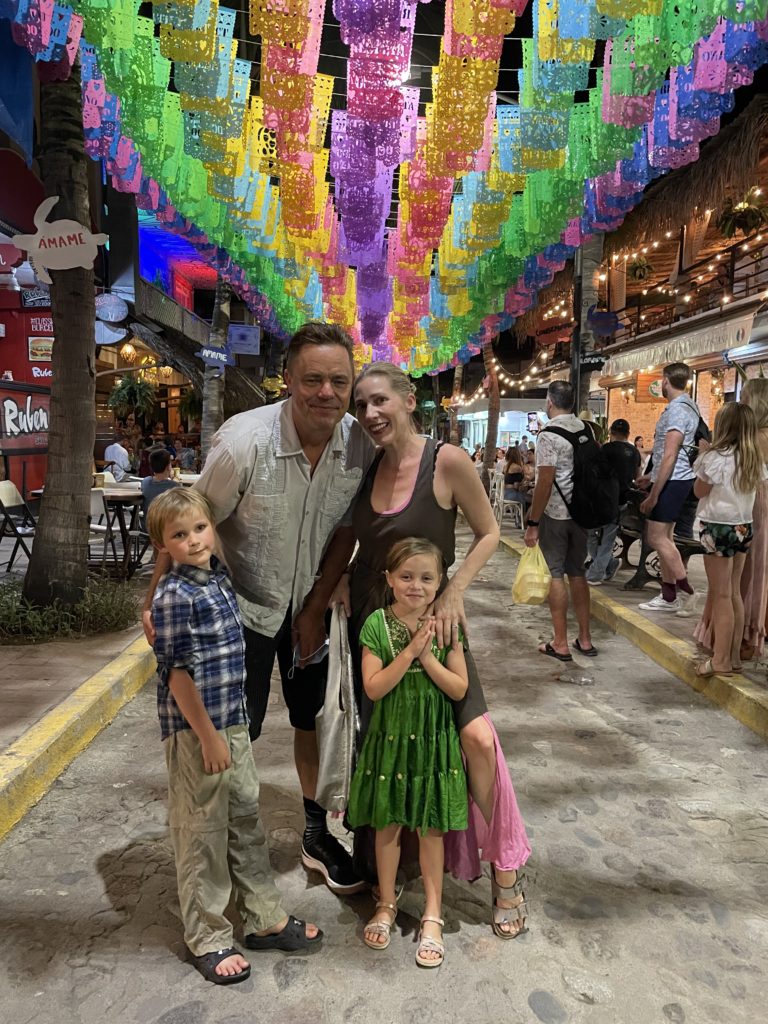 Get Tarry Life in your inbox